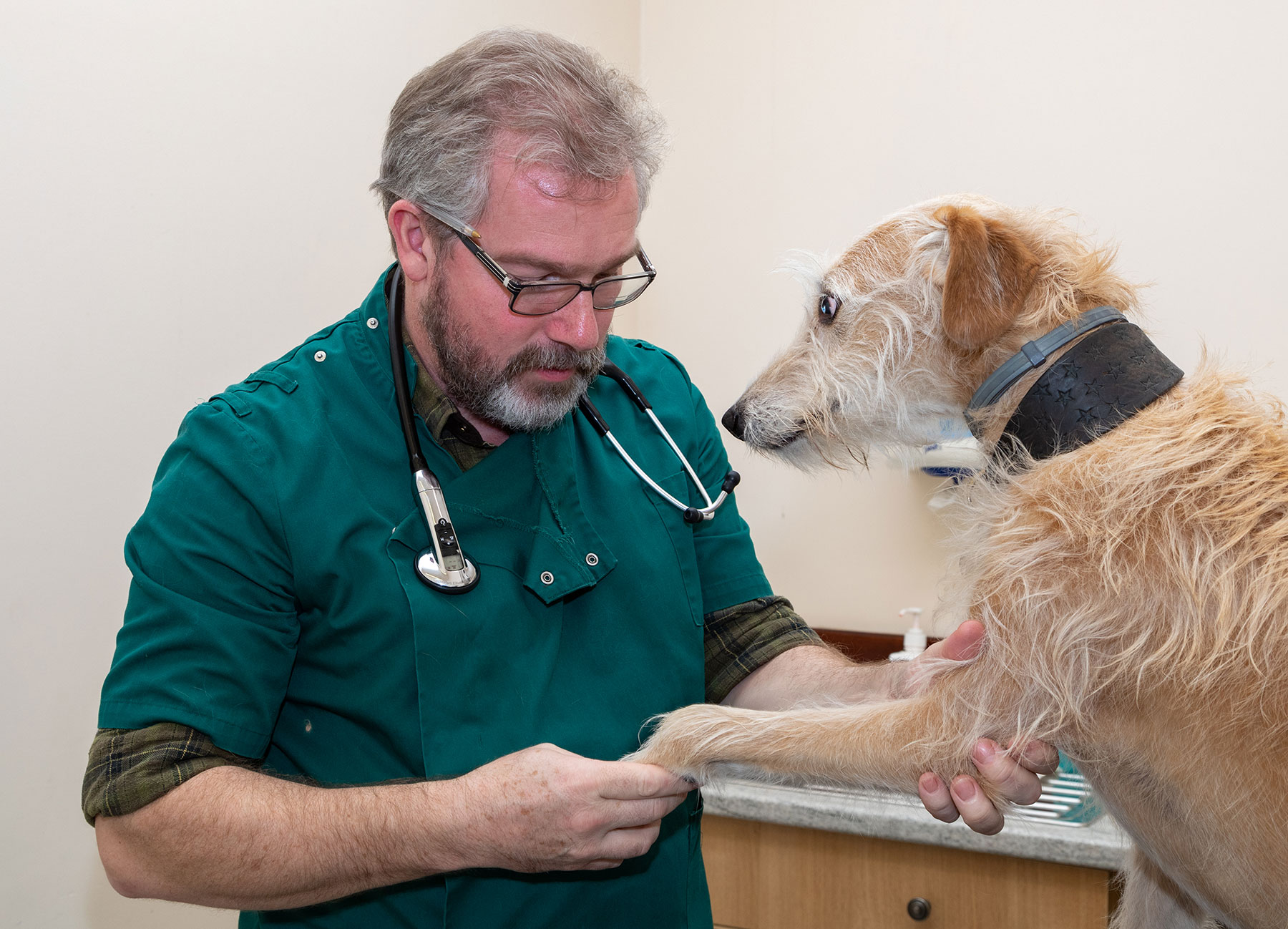 After qualifying from Bristol University Veterinary School in 1989, Mark was lucky to join a practice where treatment was provided for a wide range of species, and many alternative therapies were used regularly alongside more conventional medicine. Having always wanted to be a Homeopathic Vet he embarked upon an intensive period of study at the Faculty of Homeopathy in London and achieved his qualification in this field in 1996, after a few delays caused mainly by the proximity of his children’s births to exam dates! Mark established a practice near Chichester in West Sussex in 1994, which grew rapidly to become one of the then two largest centres for Alternative Medicine, as applied to animals, in the UK.

In 2001/2, he moved to found the Centre for Integrated and Holistic Medicine. This allowed more focus on his specialist fields of Homeopathy and Acupuncture, as well as furthering his research interests and allowing time for further in-depth study. In part inspired by the French system of healthcare where all GP appointments are ½ hour in length, his aim was (and still is when possible) to spend “more time on less patients”, believing that medicine today has become too rushed and that this can compromise cure in long-term disease.

Part of this evolution was also an expansion of his interests in treating the Human Animal, and understanding the Human/Animal dynamic and how it is affected in disease. Mark has studied with some of the masters in the field, including Jeremy Sherr at the Dynamis School of Homeopathy, and Misha Norland at the Devon School. From this Mark incorporated much of the modern evolution of Homeopathy, both analysis and prescribing, into his practice for the benefit of all species. Treating the Human species is now a significant part of Mark’s practice despite not being advertised

In 2010, Mark decided that to evolve further the integrated medical philosophy, a return to first opinion practice had to be made. Whilst still providing services to colleagues wishing to refer cases and to human patients as well, Mark took the step of opening a new first opinion practice at Oving, in West Sussex, with the aim of developing a premier centre of excellence for alternative therapies integrated within a first opinion service to the local community.

Hence Mark Elliott and Associates opened on 6th June 2011, yet another project that has grown exponentially and proven a great success. At the same time Mark’s other interest – South Downs Veterinary Consultancy – a project which mainly focuses on Veterinary services to Game and Poultry, covering much of the South East of England, has expanded and grown, taking a lot of his time each summer.

In 2020 Mark Elliott and Associates evolved into Elliott and Bulbeck, when Mark was joined by Nicola Bulbeck MRCVS, one of the few truly independent practices in the area, best described as a “modern practice with traditional values”.

In 2021 the practice evolved again as Dr Francois Du Plessis joined the team and the clinic became Chichester Vets. At this point Mark felt it time to step back from the frontline of first opinion work, to focus his time on his specialist interests – Homeopathy in particular (for both animals and humans), as well as his Poultry Practice. At the same time expanding his Conservation work and wildlife research.

Over all of this time Mark has funded and supported the development and training of other Holistic Vets in his practices, including 4 others who have achieved the internationally recognised VetMFHom, 3 with the VetLFHom, 3 certified in Acupuncture and 1 medical Herbalist. There are now practices in New Zealand, Australia, South Africa and also the UK with Vets who have worked and studied with Mark.

Mark has written 6 small books on Homeopathy and Holistic care of animals, as well as numerous articles published in many magazines and journals

He has held a number of advisory posts, including government appointment, and has been elected 3 times by the profession to the role of a Council Member of the Royal College of Veterinary Surgeons.

Mark is a Past-President of the British Association of Homeopathic Veterinary Surgeons.

Mark is the CVO of the Cat and Rabbit Rescue in Sidlesham, having worked with the charity now for over 27 years.